40 years of ERW: A timeline of our company milestones


Home » Blog » Uncategorized » 40 years of ERW: A timeline of our company milestones 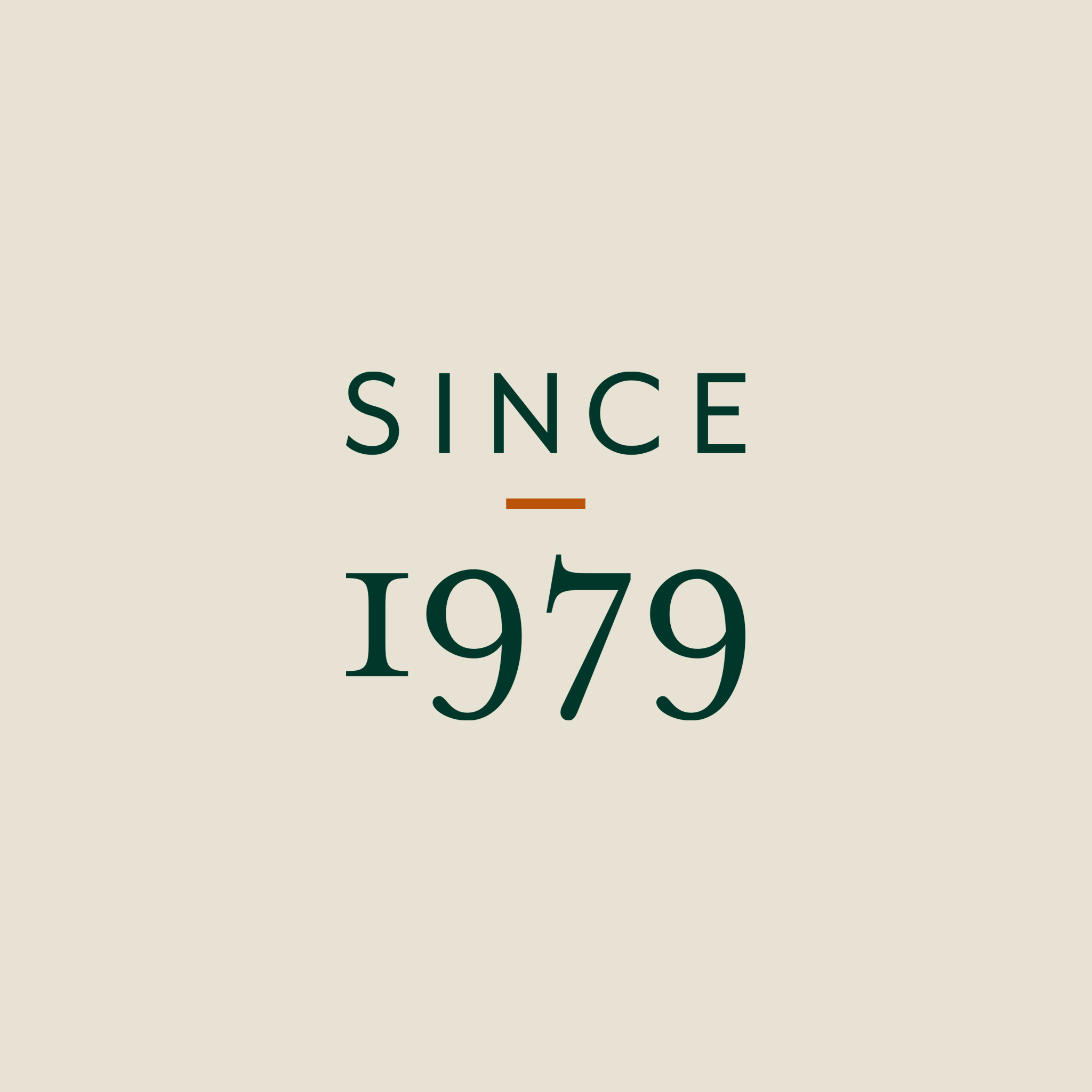 This article was published on September 10, 2019

There have been ups and downs and twists and turns. New buildings, new products and a few new faces. But in amongst the various changes, two things have stayed the same: the quality of our products and a focus on family.

1979: ERW is founded as Eston Replacement Windows, offering timber windows and doors for homes and businesses in Middlesbrough and the wider North East.

There have been ups and downs and twists and turns. New buildings, new products and a few new faces. But in amongst the various changes, two things have stayed the same: the quality of our products and a focus on family.

1979: ERW is founded as Eston Replacement Windows, offering timber windows and doors for homes and businesses in Middlesbrough and the wider North East.

1980: Our first factory unit is opened on Stapylton Street in Southbank, Middlesbrough.

1982: Our second factory unit is opened at Vaughan Court on the Bolckow Road Industrial Estate in Grangetown –  a sign of the company’s success in such a short space of time.

1987: Our first showroom opens up on Eston High Street, giving the public a place to view our range of timber windows and doors.

1988: Continued growth sees us on the move again, this time to our current home – Renovation House on Skippers Lane Industrial Estate in Middlesbrough.

1990: ERW’s current owners announce their plans to sell the business, putting jobs at risk. Lawrence Wall and wife Julie purchase the company, securing the future of employees. A new era of ERW begins with Lawrence as Managing Director and Julie as Director and Company Secretary.

1990: Soon after purchasing, Lawrence and Julie are faced the company’s first major challenge as the UK is hit by a recession. Despite the downturn of the economy, The Walls not only manage to keep the company stable but enjoy steady growth while keeping the workforce together.

1995: Work is completed on the company’s purpose-built showroom at Renovation House, giving customers the chance to see the full range of ERW doors and windows first-hand.

1995: Kelvin Kaliszweski joins the team as an apprentice and sticks around for the duration of this timeline. 24 years on, Kelvin works as part of the Production Assembly Department.

2000: The new millennium kicks off in style with the completion of our first major renovation projects for Norton Hall in Stockton and Wilton Castle in Redcar. Once part of the ICI Teesside empire, the two premises were sold to George Wimpey PLC and converted into luxury apartments. Wimpey enlisted us to manufacture and install timber windows and doors on both sites.

2000: John Brudenell joins the company as an installer and remains with the company 19 years later as Installation Team Leader.

2004: Phillip Wall joins the company full-time as Commercial Manager, becoming the first of Lawrence and Julie’s children to join ERW.

2005: Helen Wall becomes ERW’s 21st employee and the second of Lawrence and Julie’s children to join the company, taking on a full-time role as the company’s Account Manager.

2009: Renovation House grows with the purchase of a factory to the rear of our existing factory. This allows us to set up a new production company, with a fully computerised production facility and paint finishing plant.

2009: With the opening of the new production factory comes the launch of our new factory finished timber windows and doors.

2009: Soon after the launch of our new products, recession again takes hold in the UK, hitting both the local economy and the window and door industry hard. Thankfully, the company was able to navigate the downturn, surviving without the loss of staff and managing to grow the company despite the odds.

2010: ERW is recognised for our ‘Save our Sashes’ campaign at the Glass Industry Awards. The campaign was set-up to help retain and renovate the historic sliding sash windows found in many heritage and listed buildings.

2011: Wood waste heating plants are installed at Renovation House to use waste wood to heat the workshop. This reduces the amount of waste going to landfill and eliminates reliance on oil-fired heaters.

2018: We complete work on our biggest and most ambitious renovation project to date, restoring and replacing windows at Auckland Castle – one of the most historically important buildings in the North of England.

2018: ERW achieves a turnover of £2.2 million, making this year our most successful to date.

2019: Stuart Wall joins the company as Business Development Manager, making it a full-house for the family. All three of Julie and Lawrence’s children are now employed by the company.

2019: ERW celebrates its 40th birthday, stronger and healthier than we’ve ever been.

Here’s hoping for similar success (and fewer struggles) in the next 40 years. Come back in 2059 for our 80th birthday timeline.

Garden transformation: How to plan your ideal outdoor space

As we write this post, it’s the start of a new year. The days are slowly getting longer, bird song is increasing by the week, and the first daffodils are starting to appear. Spring is on its way. Which, of course, means spring cleaning and home makeovers.  Typically, these makeovers centre around freshening up the […] 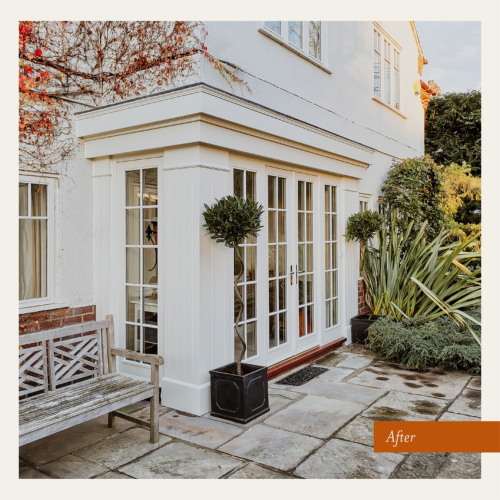 We don’t often share ‘before’ and ‘after’ pictures on our blog, but we couldn’t pass on showing you one of our recent installs. The owners of this property in Yarm had one of our Kensington entrance doors supplied and fitted a few years ago.     When the owners decided that they wanted to create […] 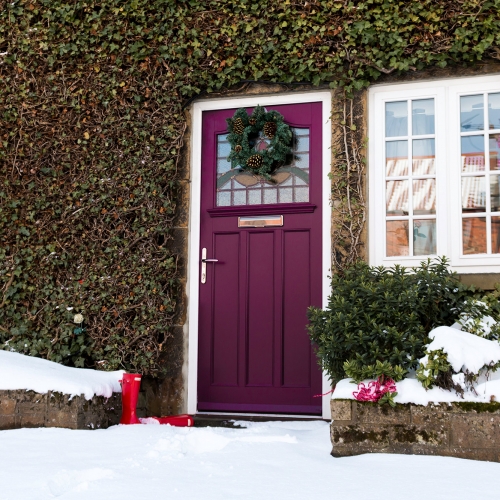 9 tips for getting your house winter-ready

As we get closer to winter and the days become shorter, it’s a good time to start preparing your home for the cold season. As the old saying goes, ‘prevention is better than cure’. Addressing issues and working to make your home more efficient now will mean you’re prepared for whatever winter throws at you.  […]

First class service from sales through to completion. A top quality product, fitted by a highly professional team in an efficient, timely and very tidy process. We would have no hesitation in recommending ERW to friends and family

From our initial inquiry we felt immediately reassured that we were dealing with a company which understood our requirements and which would be able to deliver excellent quality and service. We were not disappointed, we have been delighted throughout with the friendly and help guidance, excellent quality and clean and efficient installation. Very professional customer focused service.

Thank you for proving excellent service through the planning and design of the windows, from following through with the planning authority to securing an appropriate outcome and faultless installation. Your staff polite, respectful and highly skilled, thank you again, myself and my tenants are delighted.